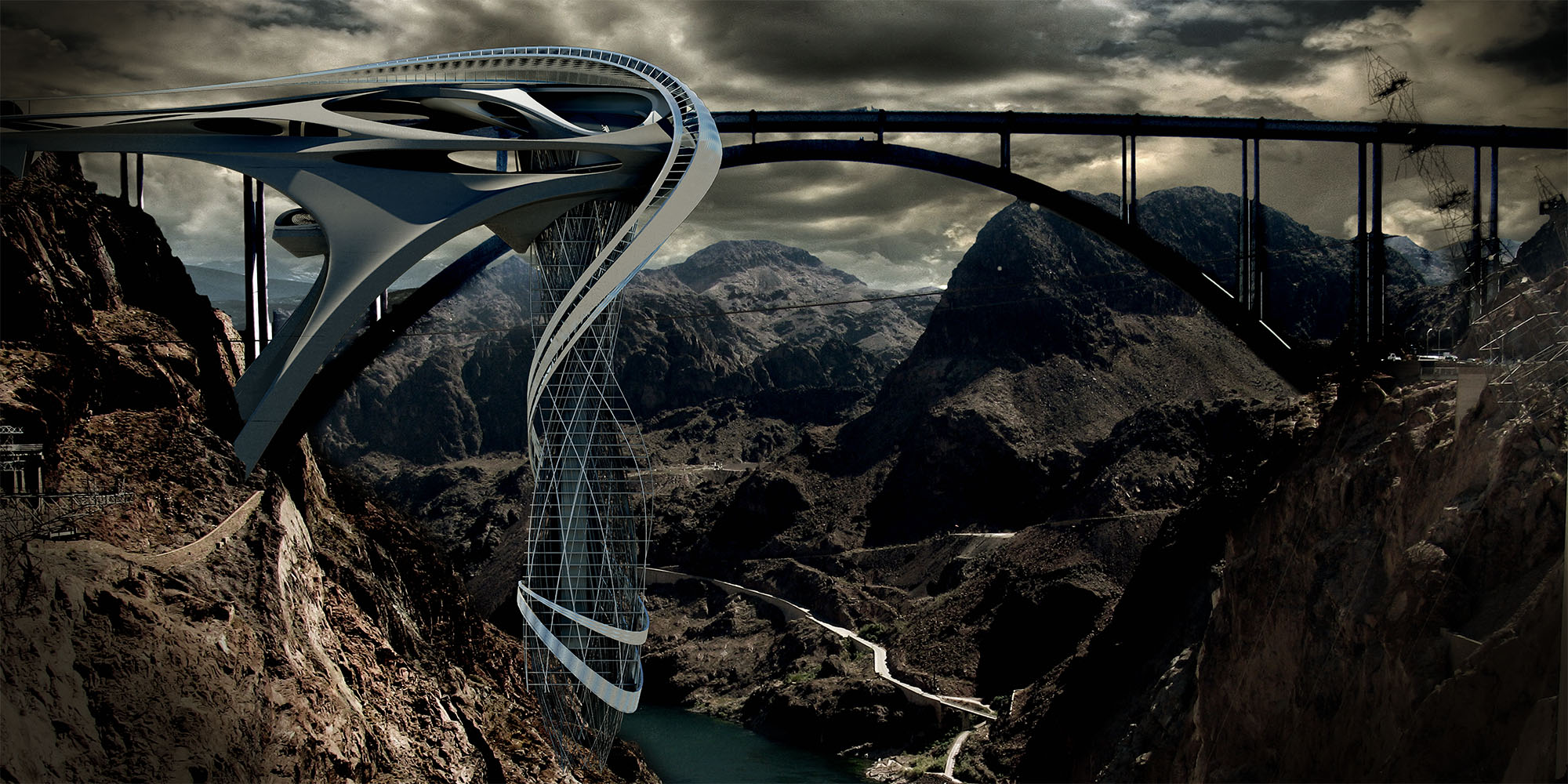 The study is about the interplay of opaque massive surfaces capable of incorporating poché and lightweight, fragile structure. The resulting environments developed by these distinct architectural languages are exploited and distributed vertically to create extreme spatial sequences. The project is a casino resort, a satellite alternative to Las Vegas, located on a dramatic site between the Hoover Dam and the Bypass Bridge. The resort caters to various 21st century vices including entertainment (concert venues, MMA Fighting), gambling and luxury living. The architectural challenges I dealt with were taking the convential vertical tower, including its plynth and orientation, and turning it upside down.

The massing layout is construed by the event space on top with a framed view of the Hoover Damm; the casino underneath leading to the hotel lobby and the hotel itself. At the bottom of the tower there is a dramatic area for happenings and ceremonial occasions. It also includes a breakfast room and high end dining with the elevator core floating above the space; a glass floor providing views to the ground; and terraced floor slabs.
In terms of circulation, there are several ways leading into the plynth of the tower, including car circulation; and viewing platforms.

The bridge circulation focuses on 3 elements:

Once you arrive at the entrance of the tower, you enter the hanging structure through the supportive strings leading you down through the casino into the hotel lobby.

The structural system is divided into 3 tectonics:

The way I generated the tower is with a partical simulation based on gravity. In order to achieve structural logic the stings are rotated clockwise and counter clockwise.

The metal shell provides shading and natural wind cicrulation for the tower of which its panels are orientating themselves according to changing wind conditions. 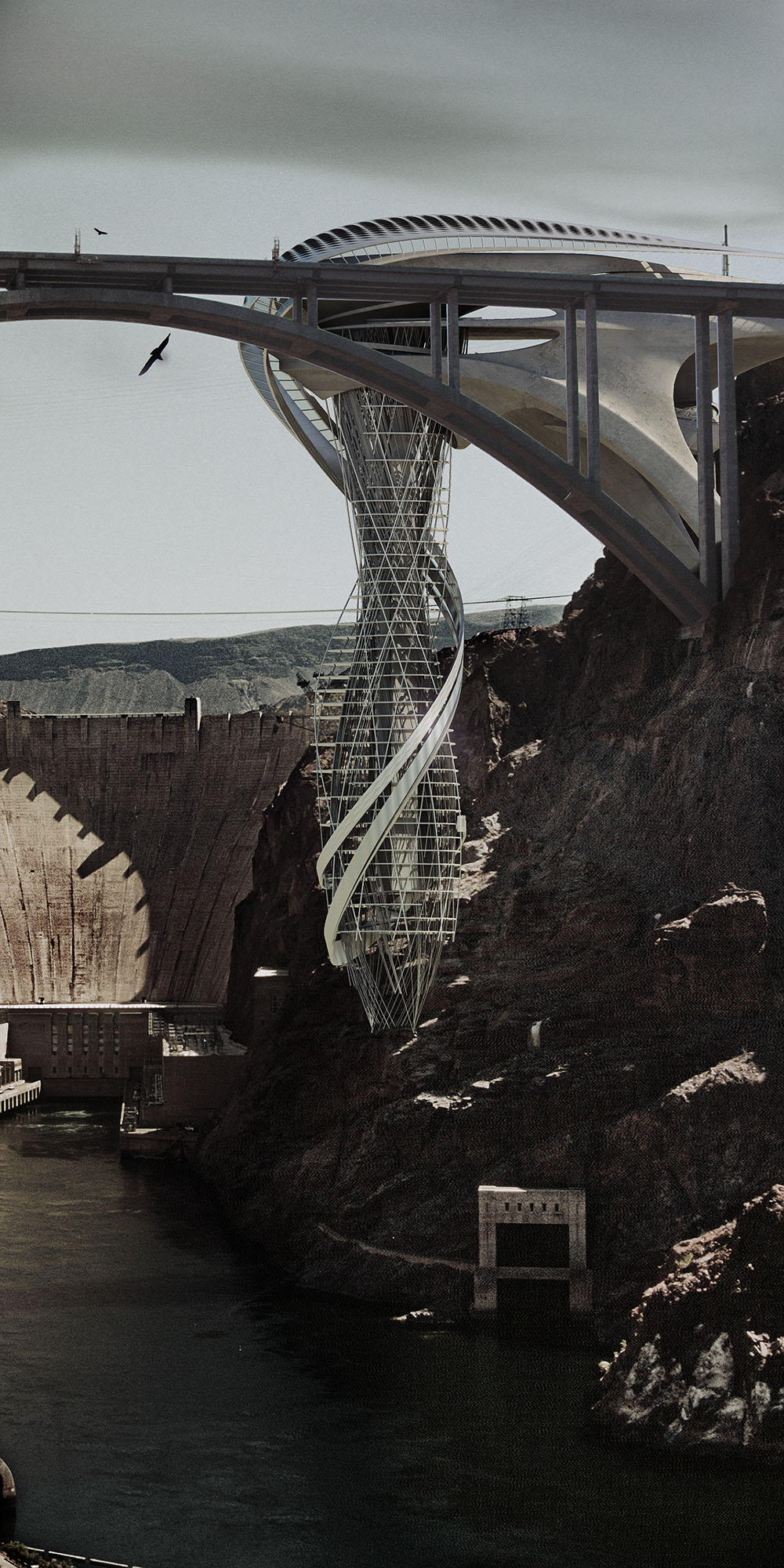 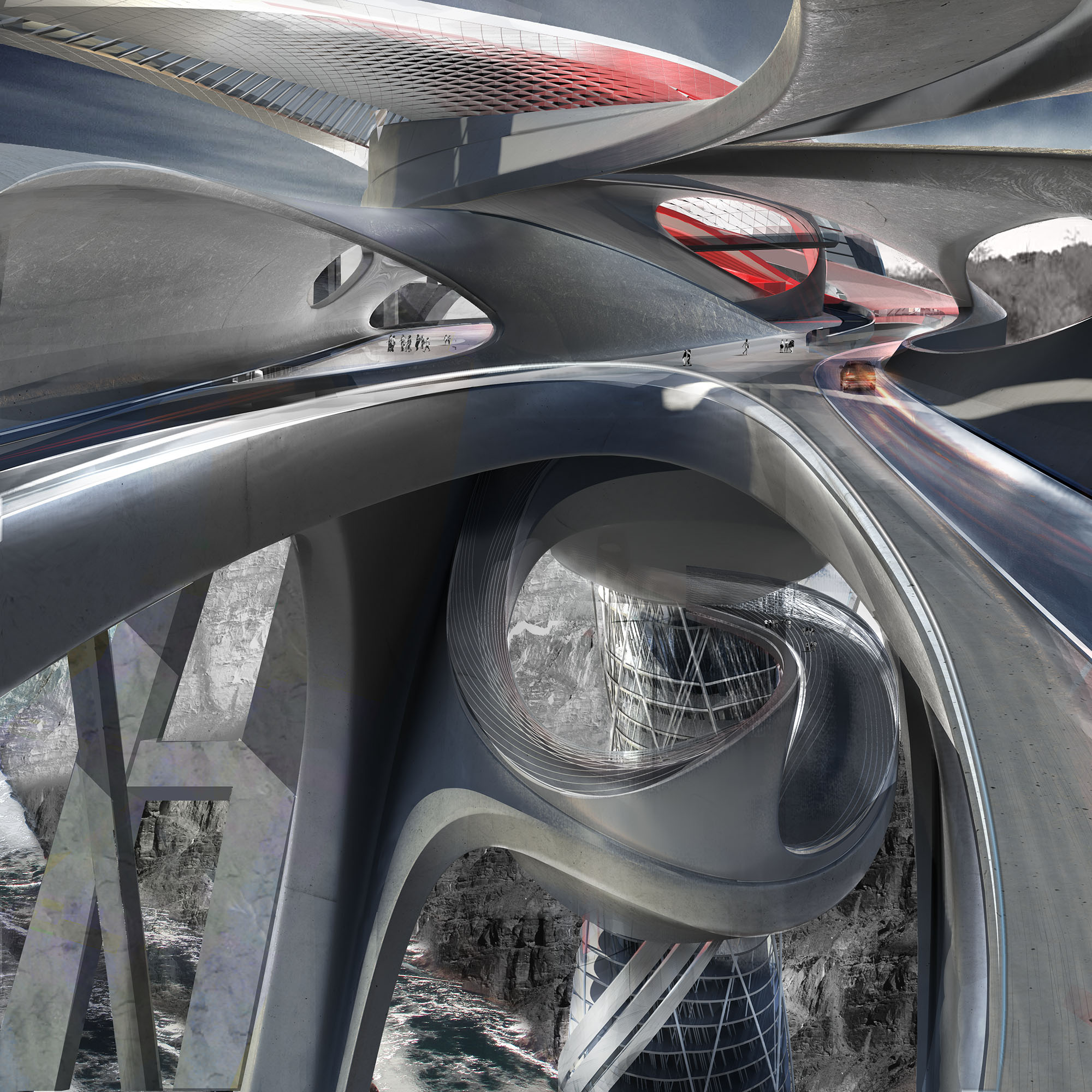 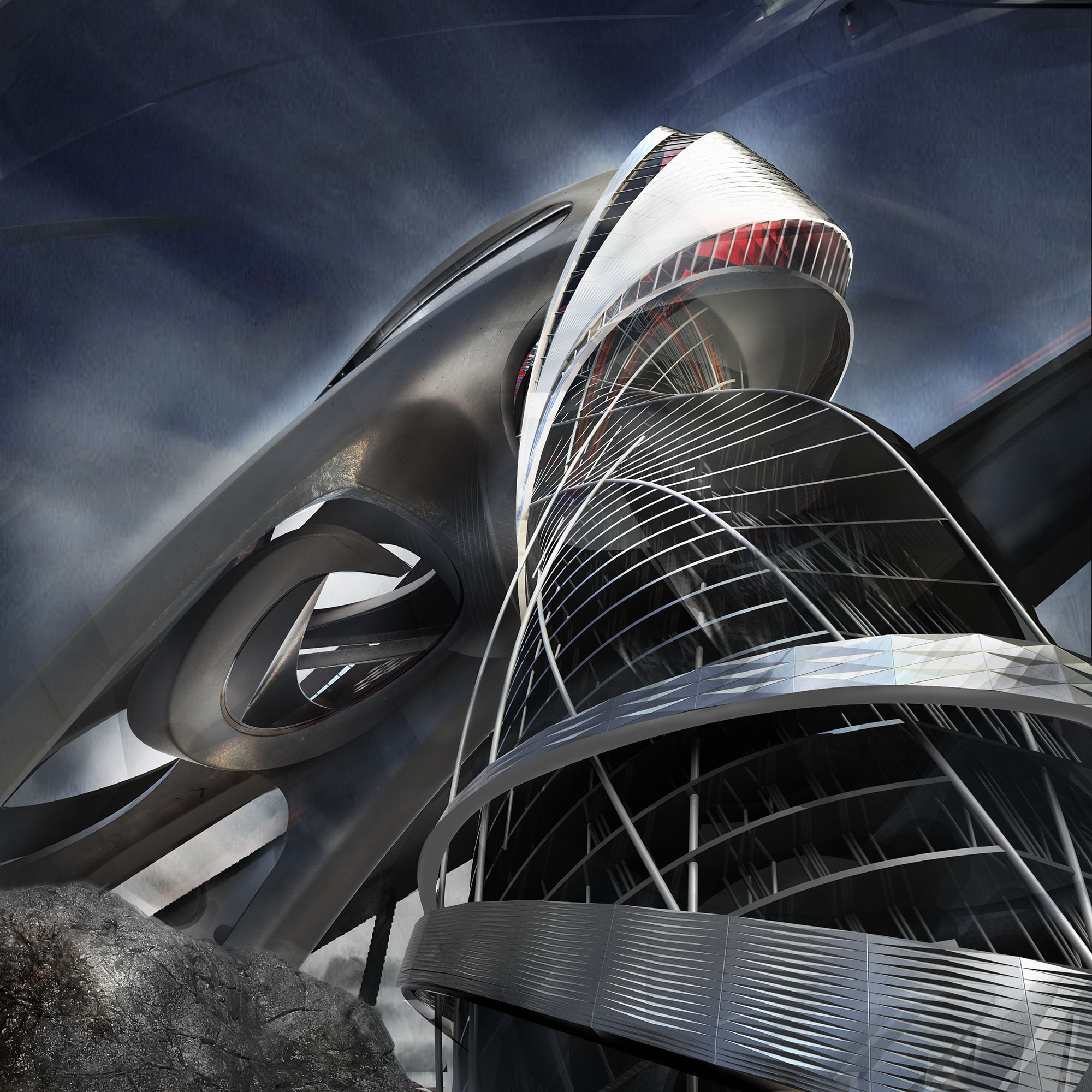 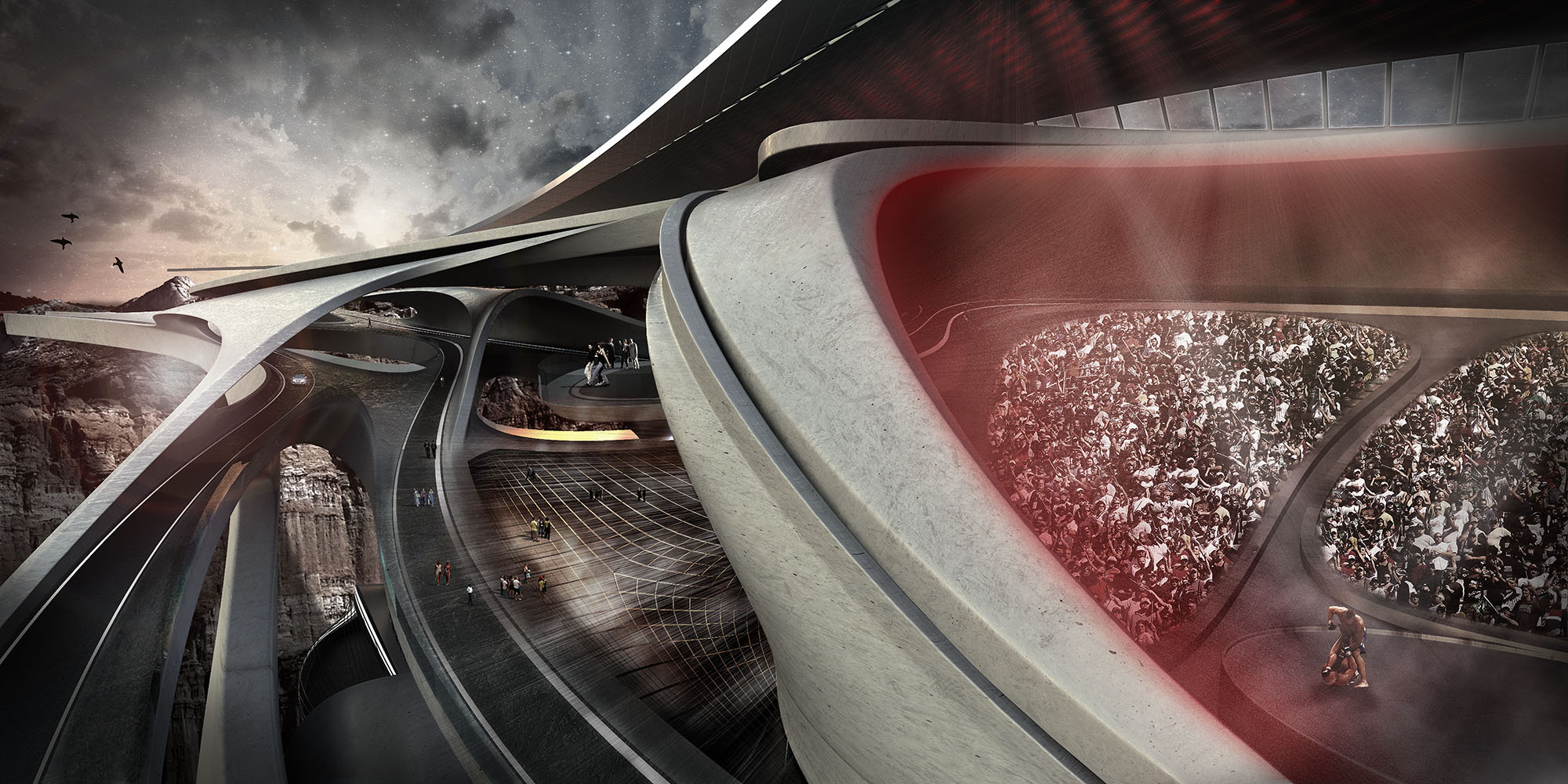 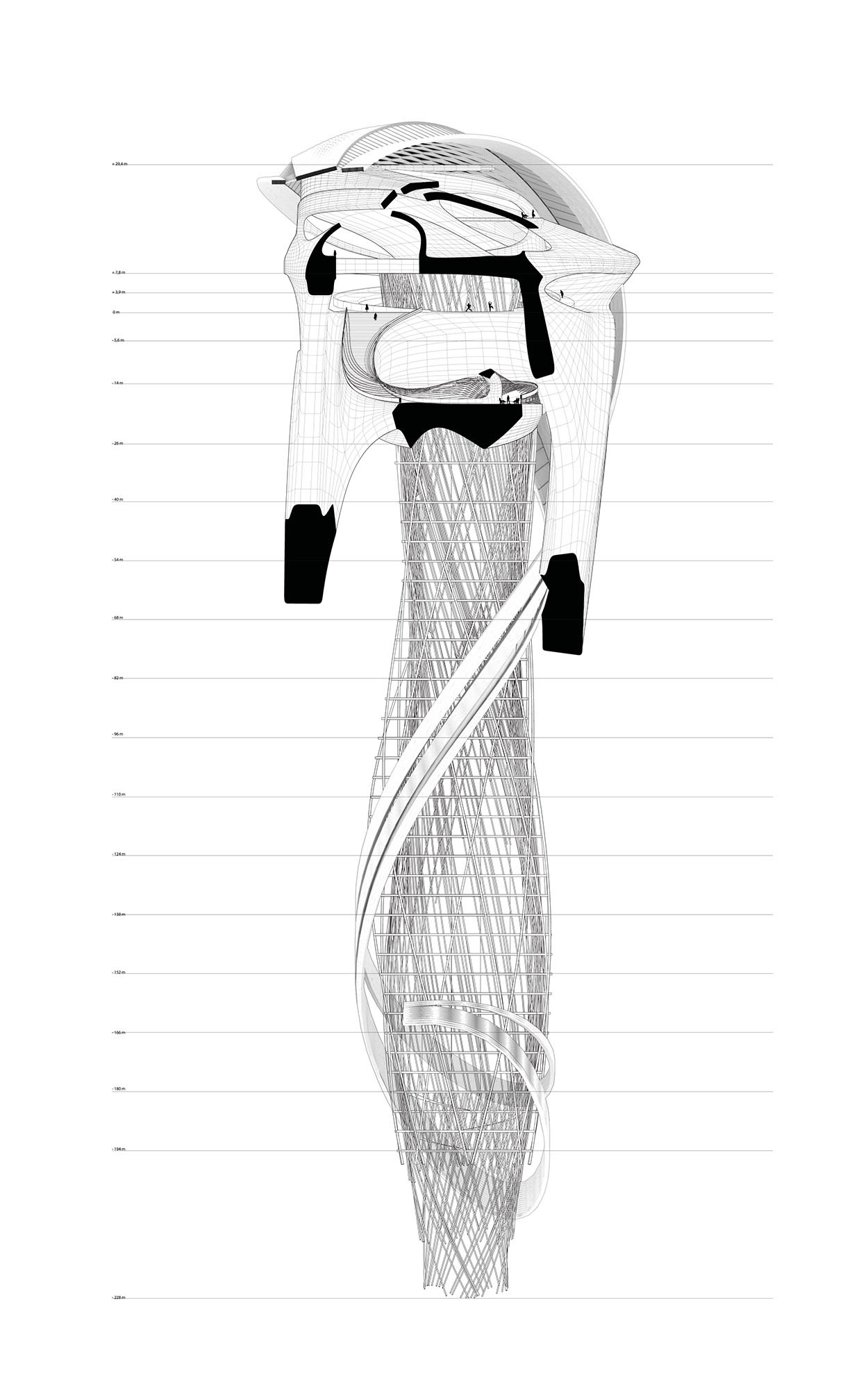 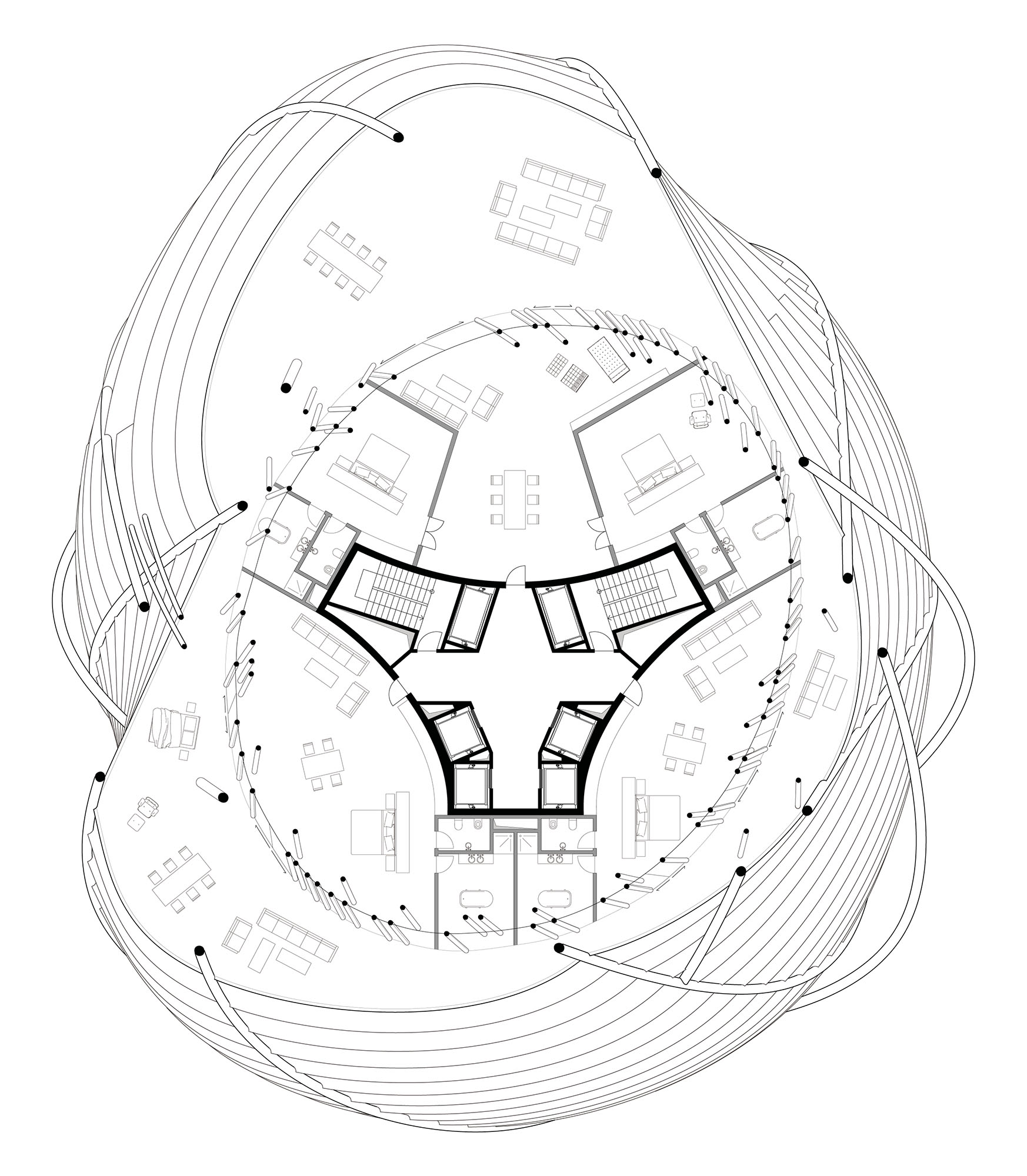 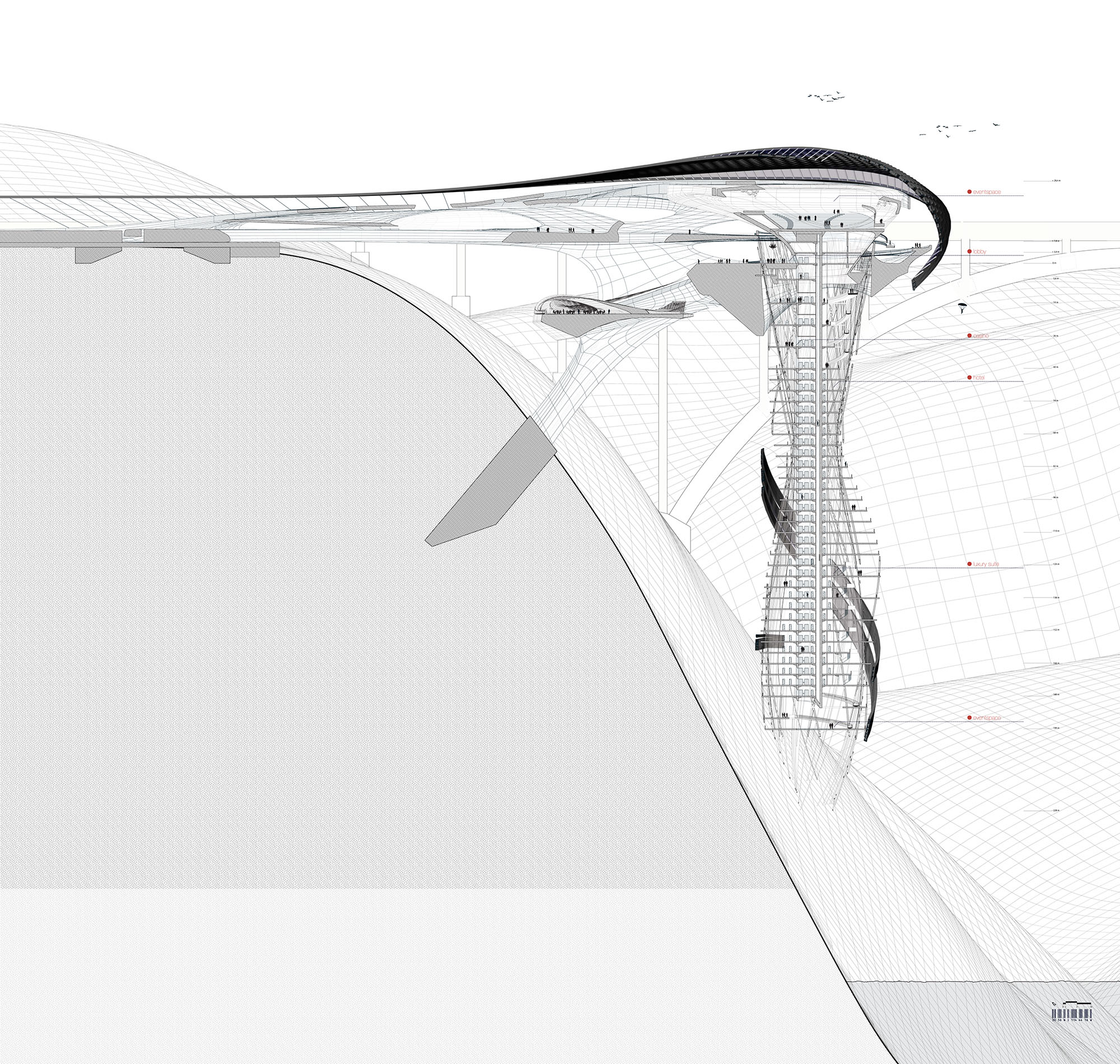 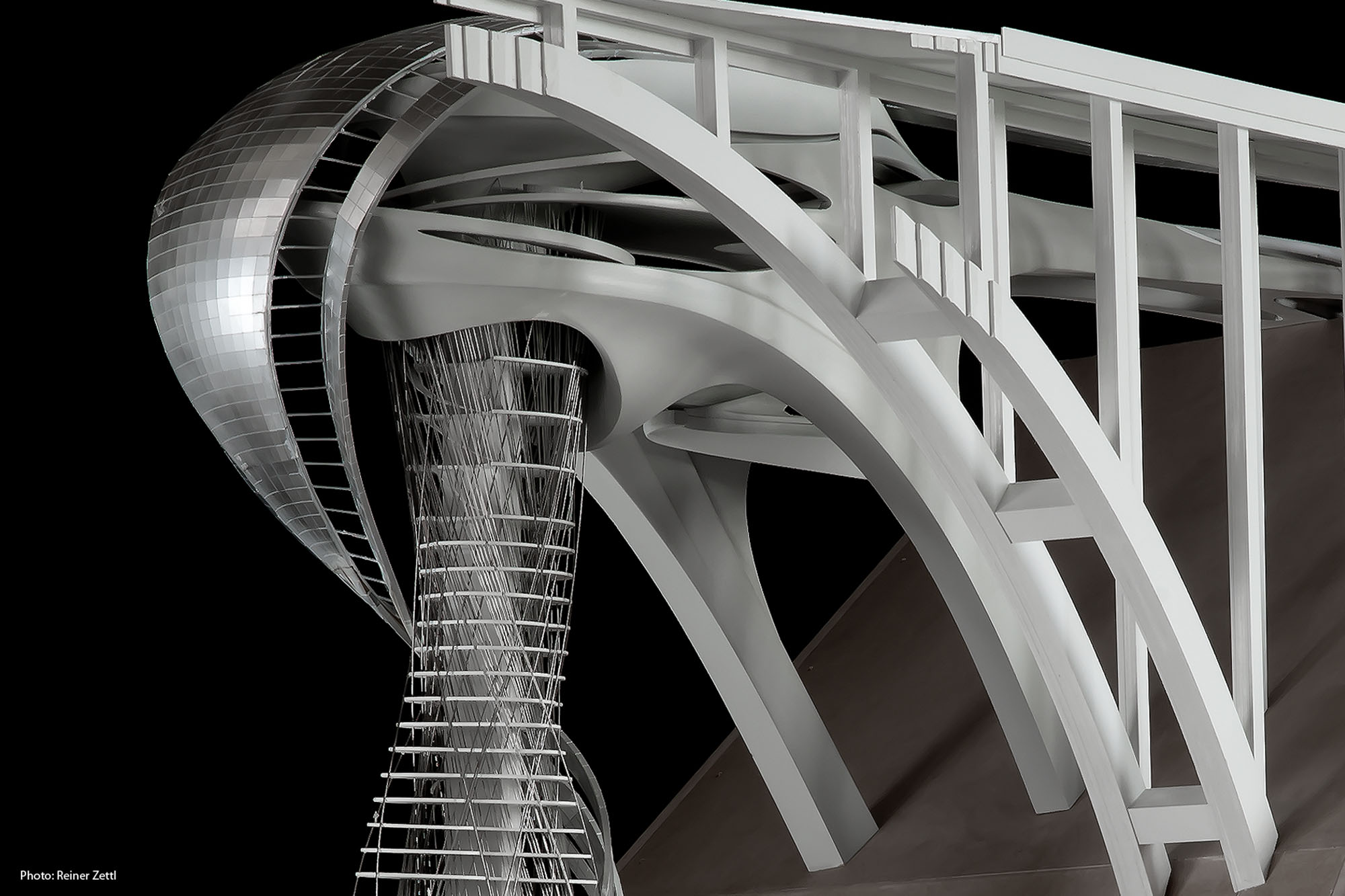 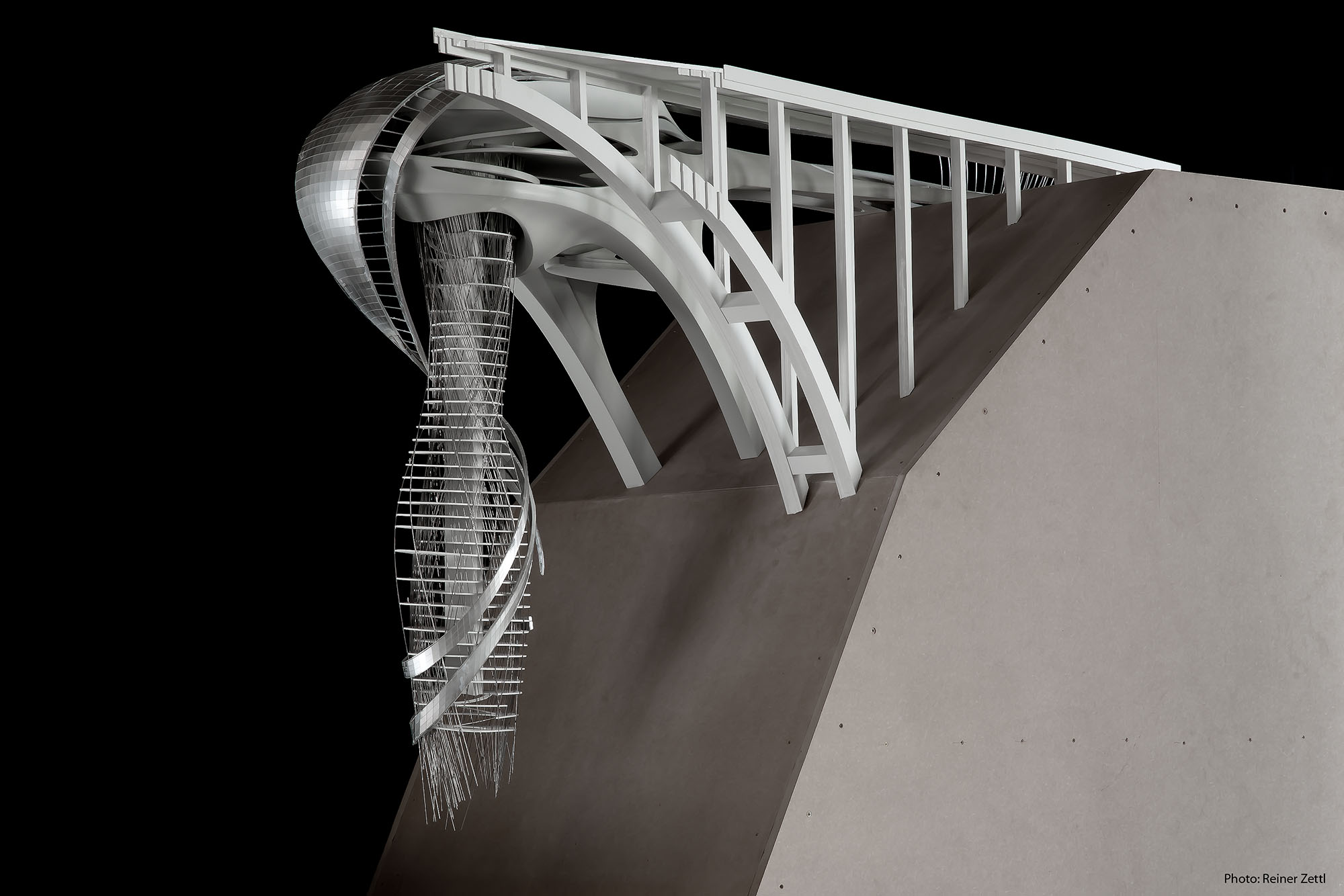 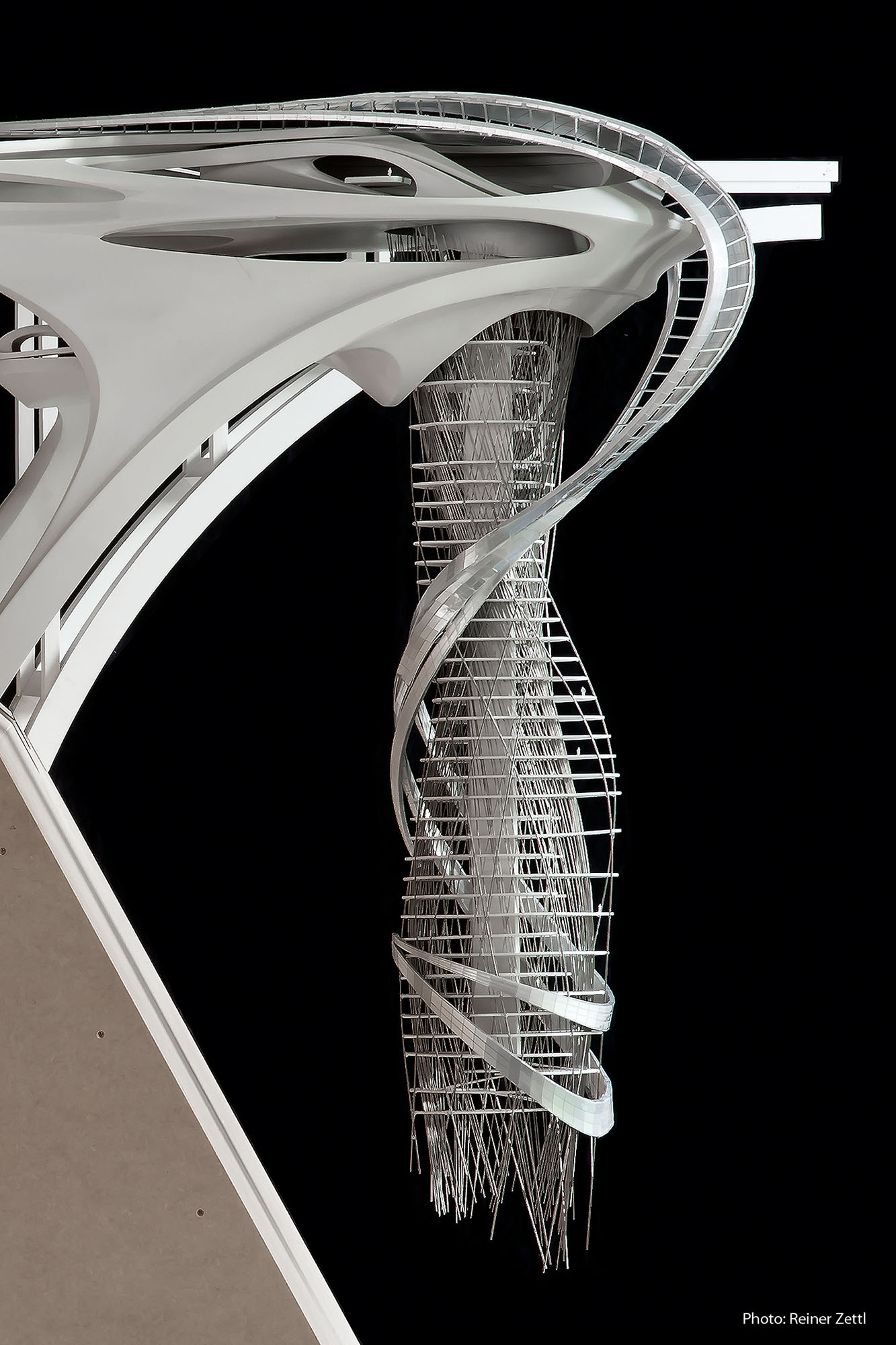 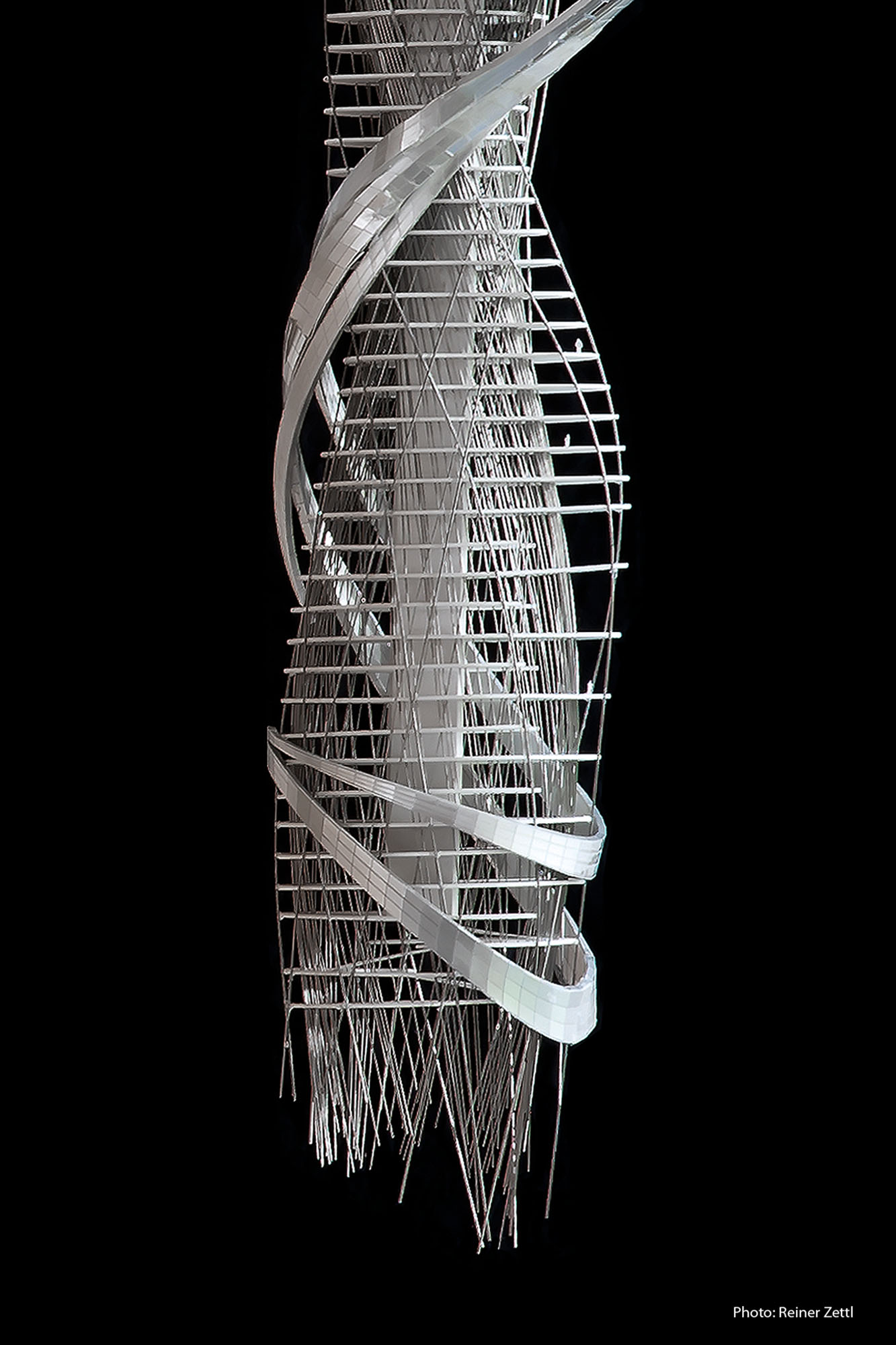 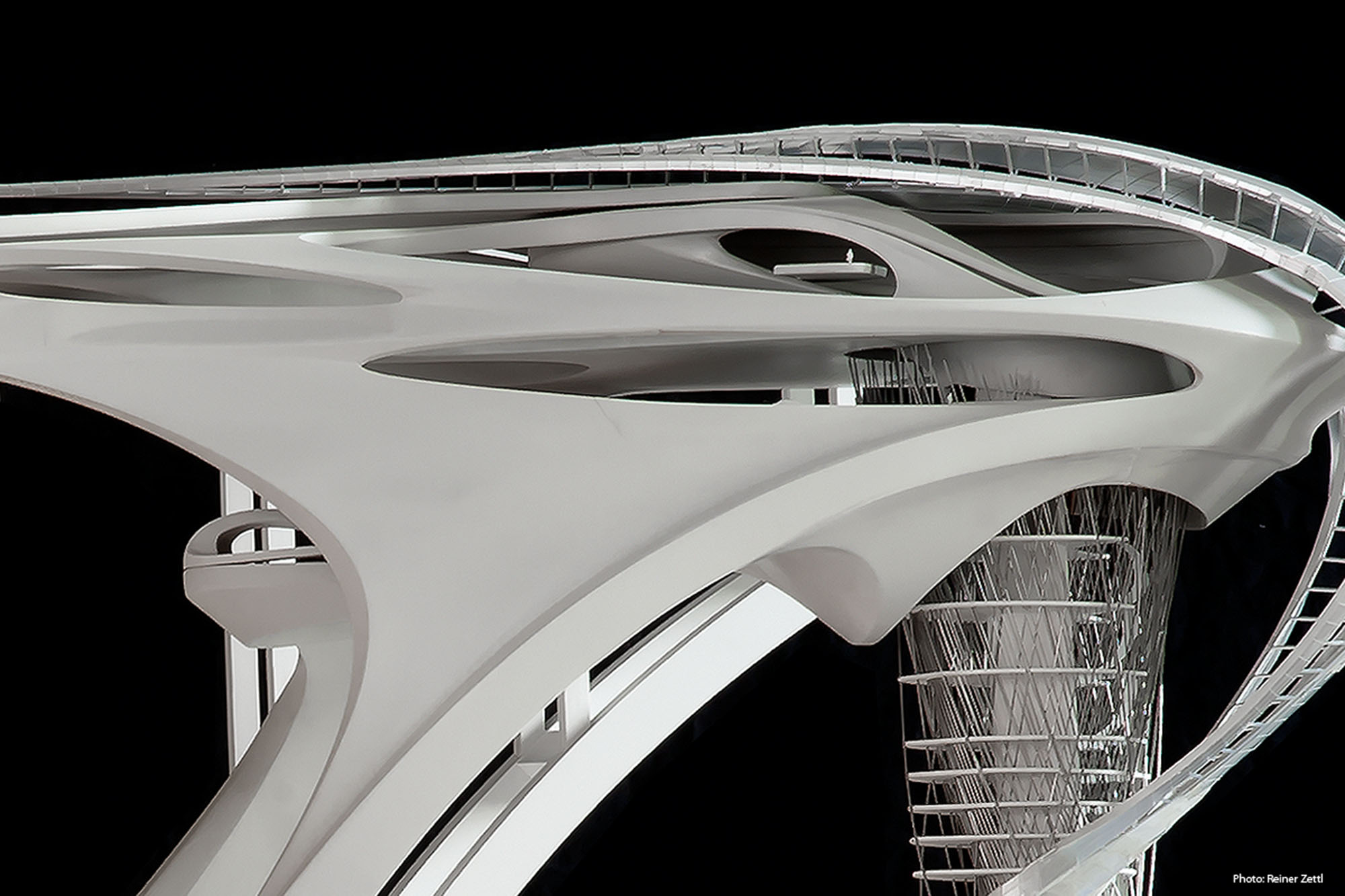 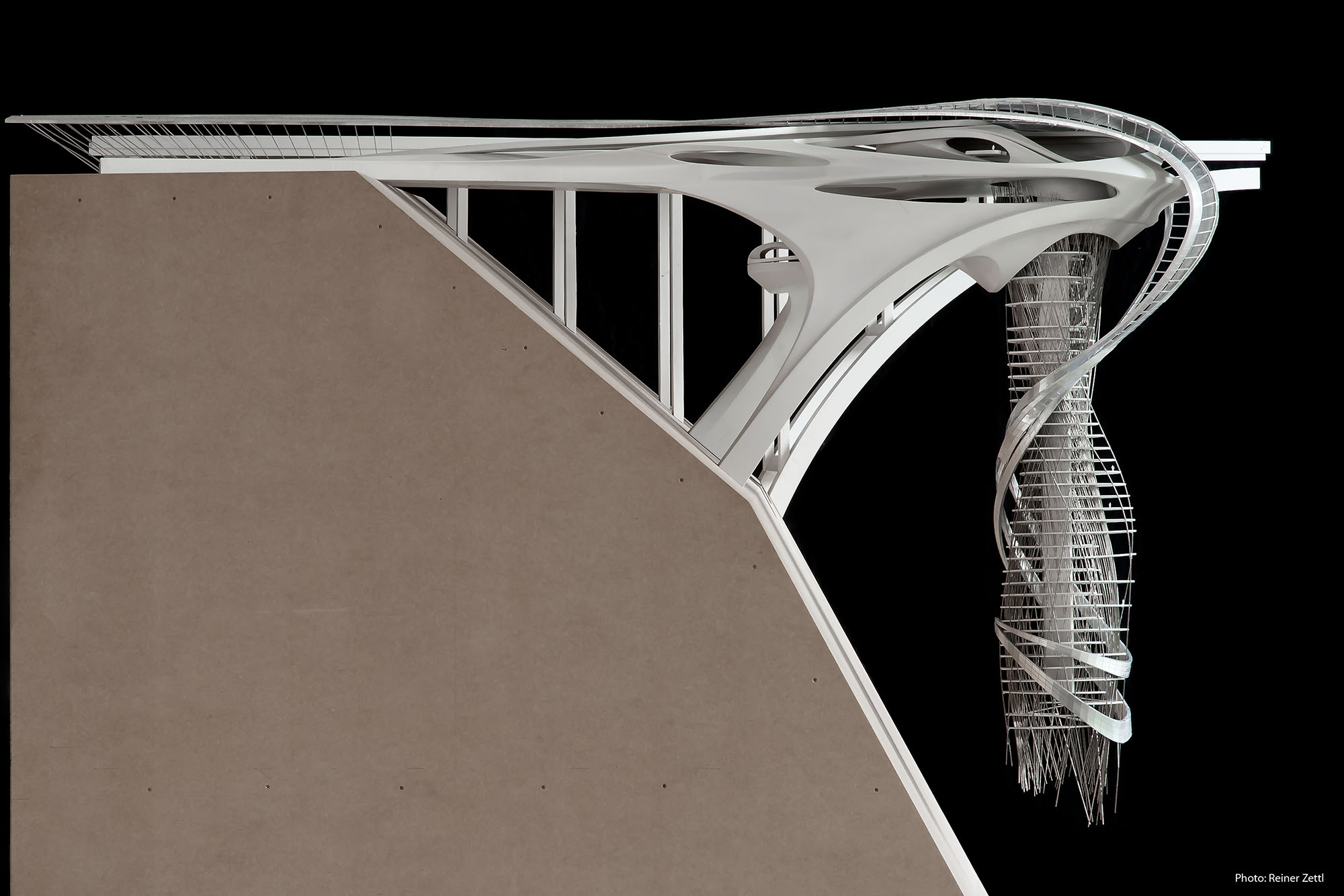 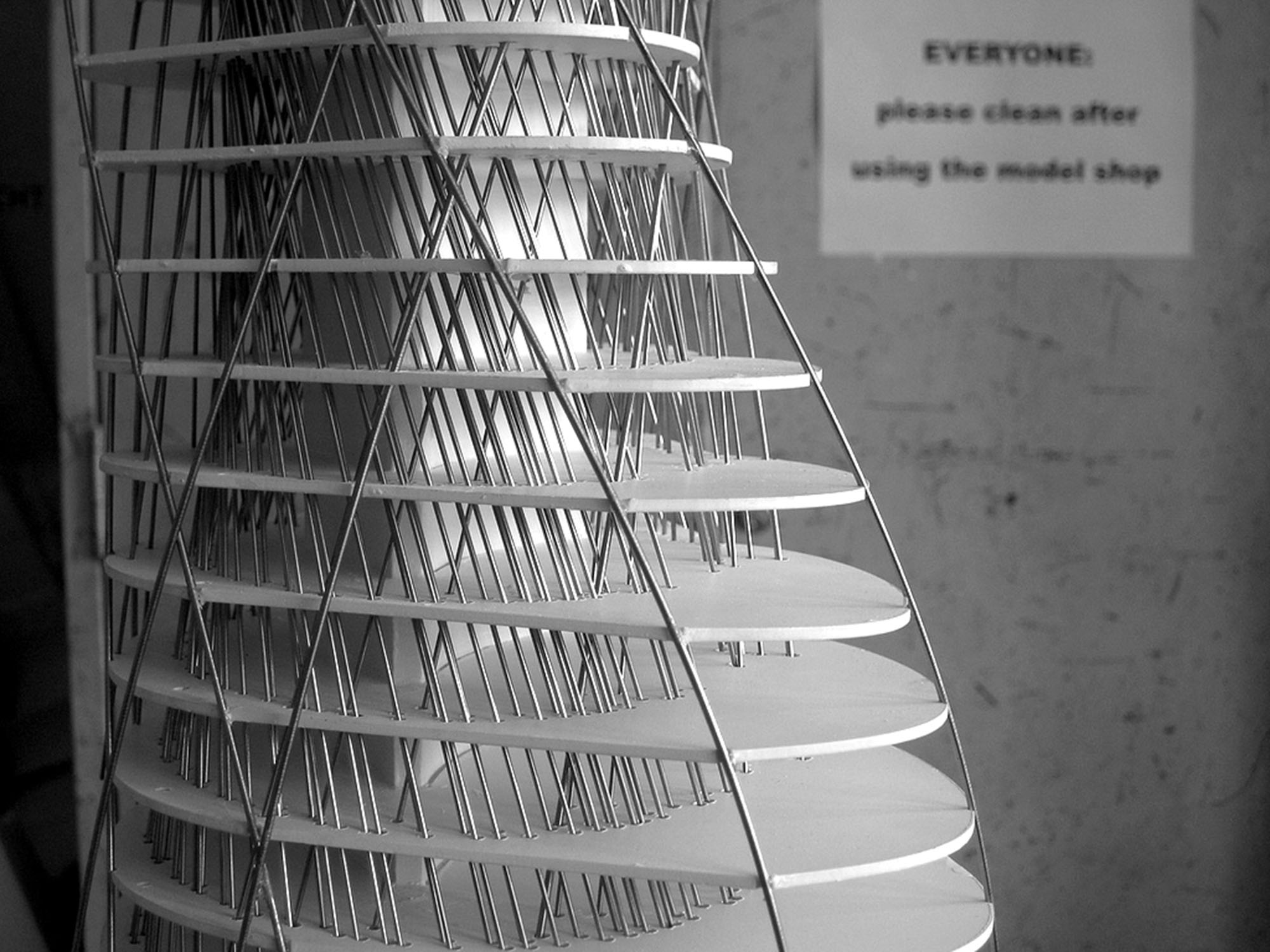 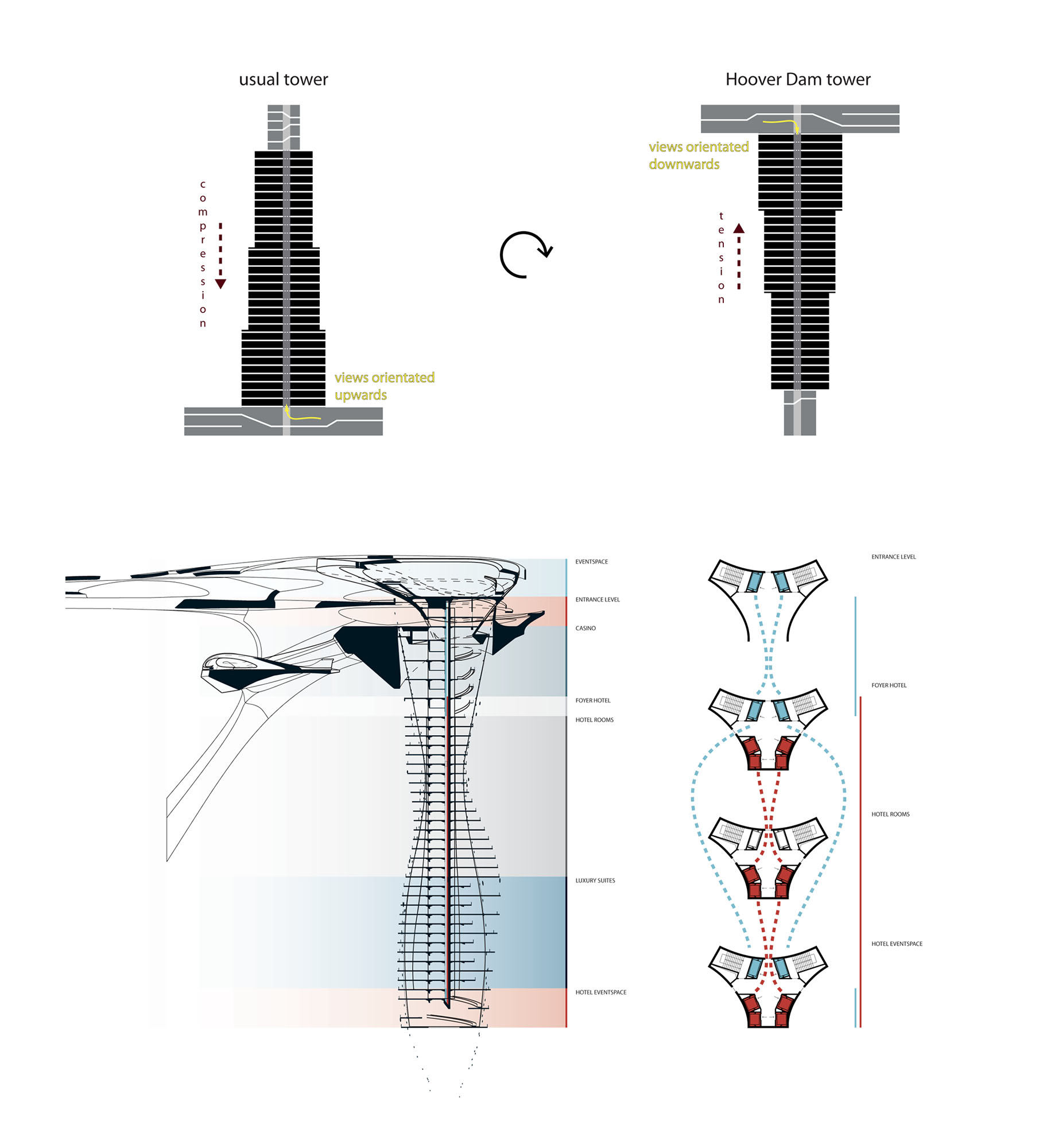 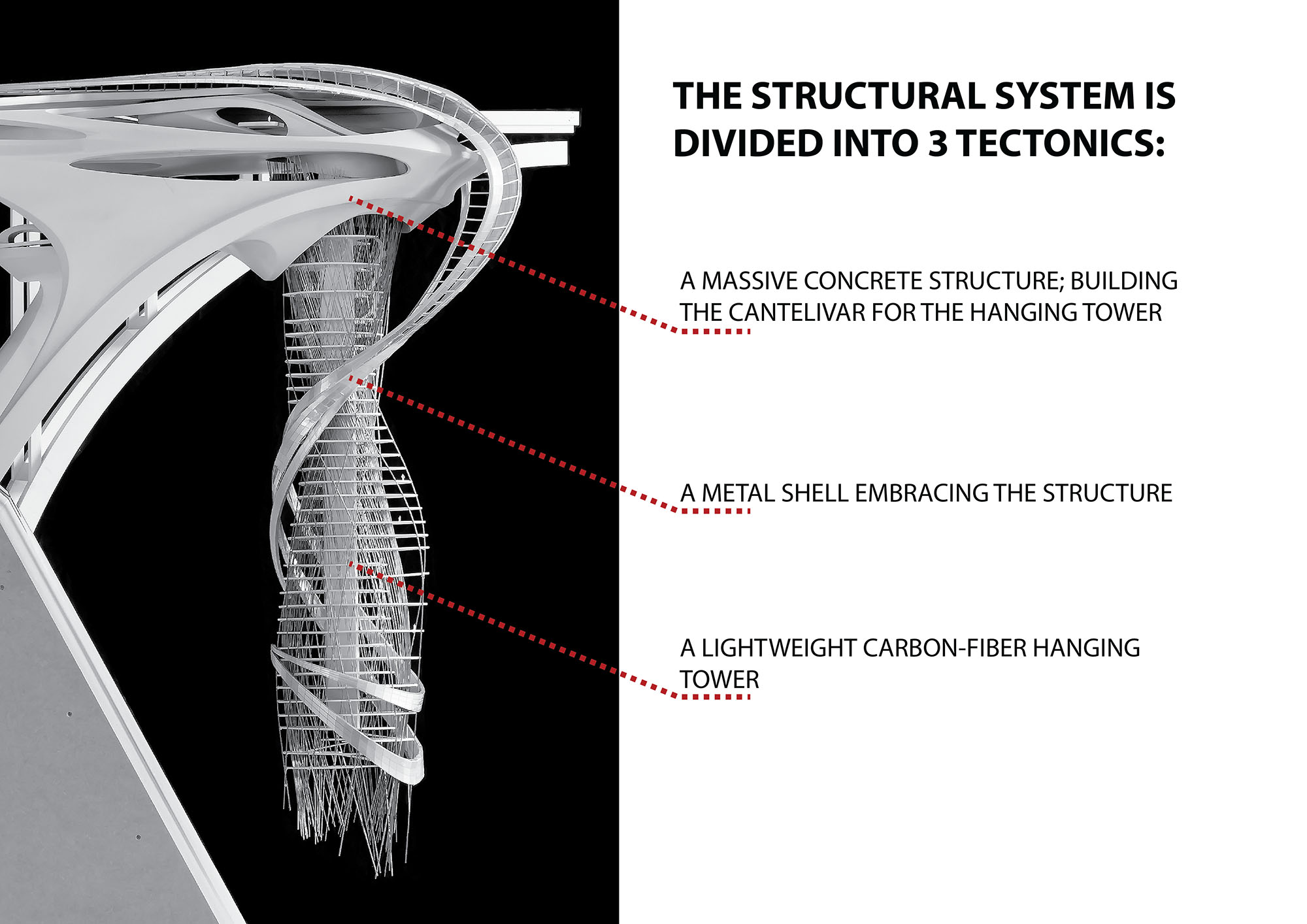 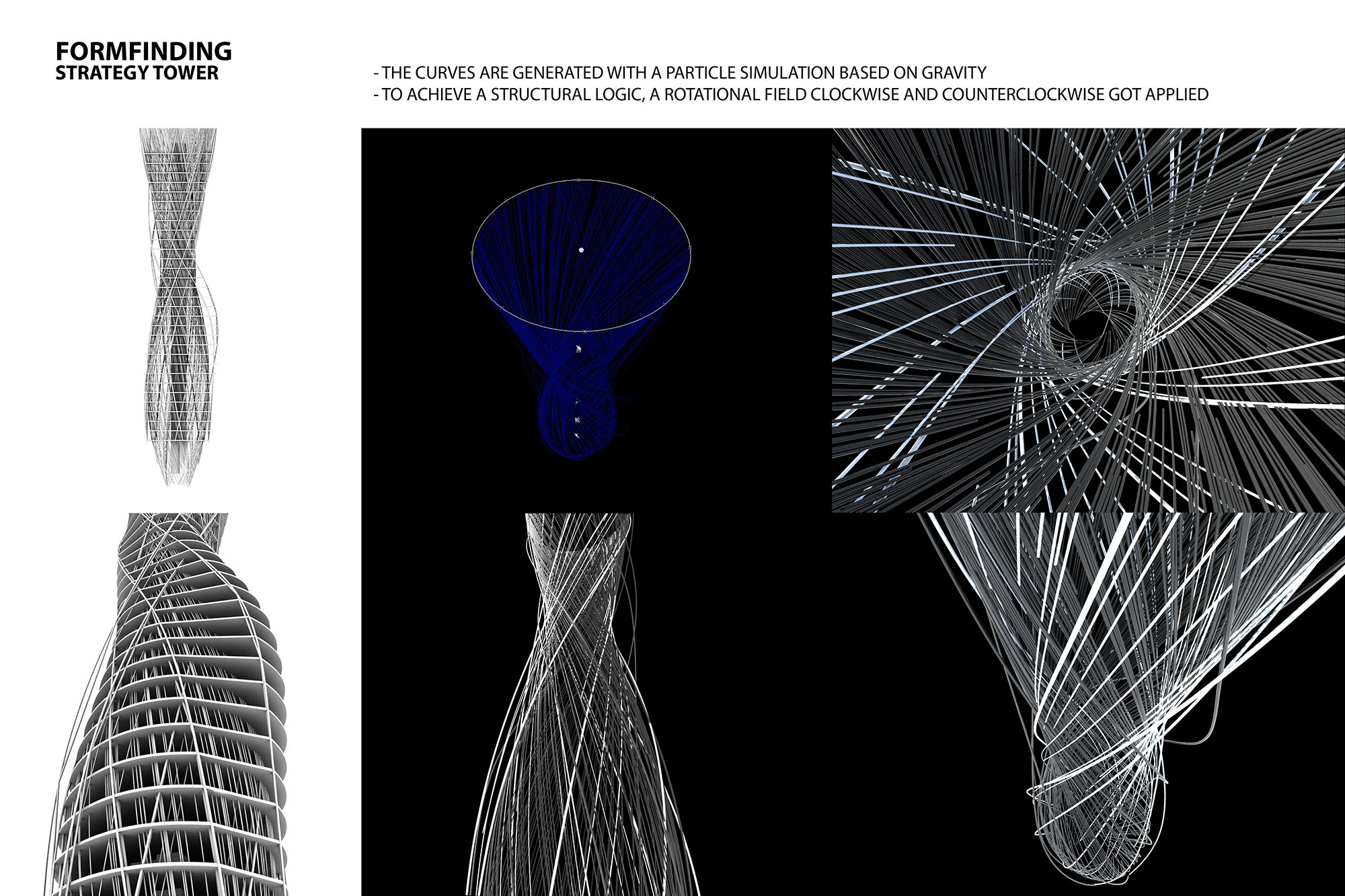